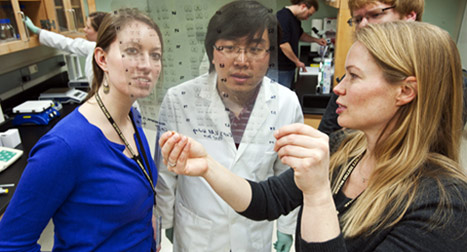 Our lab uses a multi-level approach to the analysis of the neural basis of social behavior. We employ a wide variety of social behavior tests (to measure e.g., social play, social recognition, social interaction, social novelty preference, or opposite sex preference), molecular and biochemical assays (measuring hormone, peptide, gene, and receptor expression), stereotaxic surgery combined with molecular and pharmacological manipulations (e.g., altering neuropeptide activation in the brain), and in vivo microdialysis (measuring dynamic release of neuropeptides and neurotransmitters in the brain) to identify the neural mechanisms and circuits important for the regulation of social behavior.

Dynamic release of neuropeptides during the display of social behavior

Brain region-specific effects of vasopressin and oxytocin on social behavior

Vasopressin and oxytocin regulate a wide variety of social behaviors, including social recognition, aggression, and affiliation. It is expected that these diverse behaviors each require activation of different brain regions. Vasopressin and oxytocin are synthesized in a number of brain nuclei (e.g. the bed nucleus of the stria terminalis, medial amygdala, the paraventricular nucleus, and the supraoptic nucleus) and influence many brain regions (e.g. lateral septum, hippocampus, cortex, and amygdala) due to the wide-spread distribution of their receptors (VP 1a receptor, V1b receptor, and the OT receptor). Using a combination of different techniques, we aim to reveal social behavior-specific brain circuits activated by vasopressin and/or oxytocin. 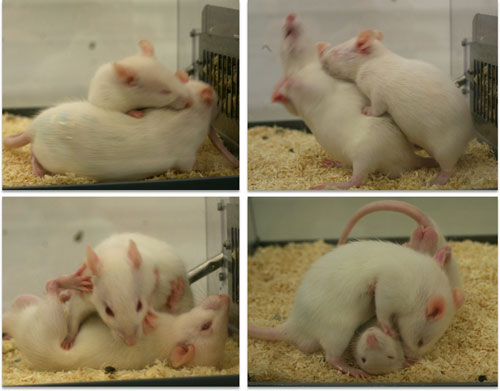 Behavioral function of sex differences in vasopressin and oxytocin

Patterns of brain activation during the expression of a social behavior of interest are assessed by visualizing induction of the immediate early gene c-fos’ protein product (Fos). Fos is a commonly used marker of functional activation (an indirect marker of recent neuronal activity) that can be visualized with immunohistochemical detection techniques. When combined with the use of neuronal tract tracers or visualization of additional neuronal phenotype markers (via immuhistochemistry or RNAScope) this gives us powerful tools to assess the recruitment of specific pathways and neuronal populations during social behavior. The lab also employs chemogenetic approaches (using DREADDS) to learn about the involvement of specific neurons and their connections with other neurons in the regulation of social behavior.

Early life stress (child neglect, child abuse, child trauma, bullying) is a major risk factor for the development of pervasive social deficits that are a key feature of mood, anxiety, and personality disorders. We seek to understand the brain mechanisms underlying social dysfunction in these psychiatric disorders. We employ different early life stress paradigms in rodents to simulate human child maltreatment conditions and investigate the extent to which changes in vasopressin and/or oxytocin contribute to early life stress-induced changes in social behavior. 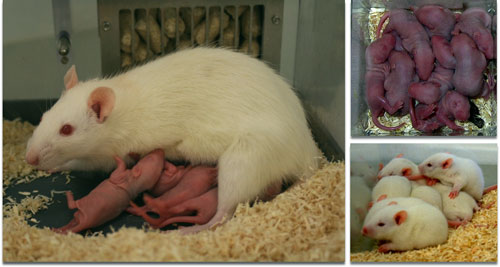