Kelly Dumais has won a poster award at the annual symposium of the Center for Neuroendocrine Studies which took place at the University of Massachusetts on Oct 26, in Amherst, MA. Congrats Kelly! Caroline Smith, Jazmin Mogavero, Andrea Alonso, and Alexa Veenema also attended this symposium.

Remco Bredewold and Alexa Veenema presented a poster about their research during the annual meeting of the Society for Neuroscience which took place on October 13-17, in New Orleans, LA.

Alexa Veenema was invited as symposium speaker during the biannual meeting of the International Society for Research on Aggression (ISRA) on July 17-21, in Luxembourg, to present findings of the lab that show that the quality of the early life social environment determines differential expression of juvenile and adult aggressive behaviors which are linked to changes in vasopressin and oxytocin systems.

Kelly Dumais (first photo below), Caroline Smith (second photo below), Remco Bredewold, and Alexa Veenema presented posters about their research during the annual meeting of the Society for Behavioral Neuroendocrinology which took place on June 15-18, in Madison, WI. 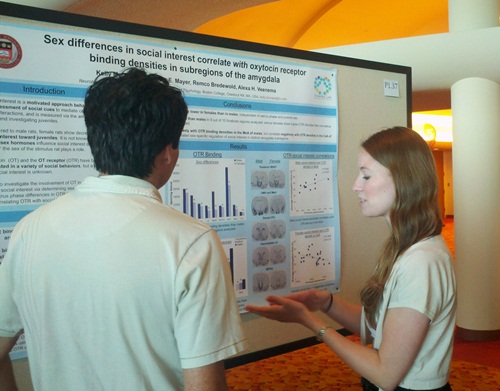 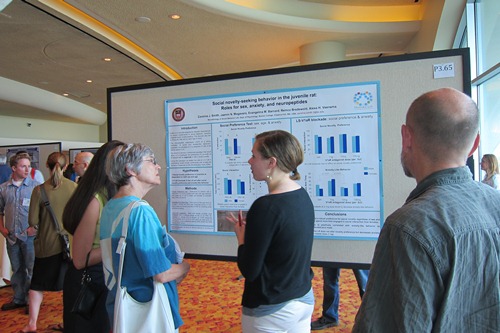 Jazmin Mogavero and Danielle Scaramella are supported by BC Undergraduate Research Fellowships, which allows them to do full-time research over the summer. Jazmin is studying the involvement of neuropeptides in social novelty-seeking in rats and Danielle is studying the role of oxytocin in juvenile play-fighting in rats.

Alexa Veenema was invited as symposium speaker during the annual meeting of the IBANGS on May 15-19, in Boulder, CO to present findings of the lab that show that early-life adverse social interactions in rats alter the expression of social and emotional behaviors.

Caroline Smith and Kelly Dumais gave a talk about their research projects during the Graduate Research Day at the Department of Psychology. 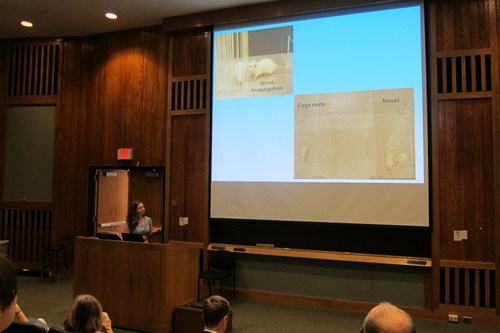 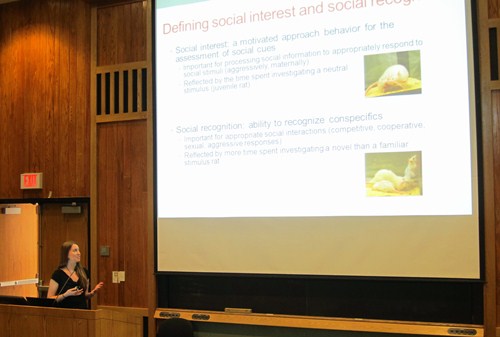 Tom Mayer and Jazmin Mogavero presented a poster about their research projects during the Psychology Undergraduate Research Conference. 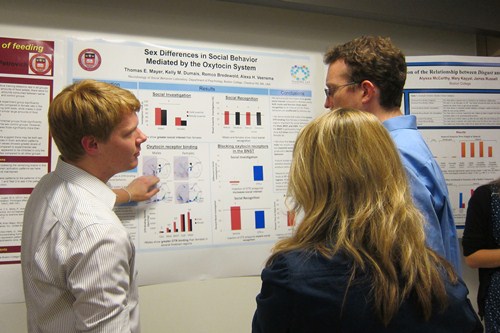 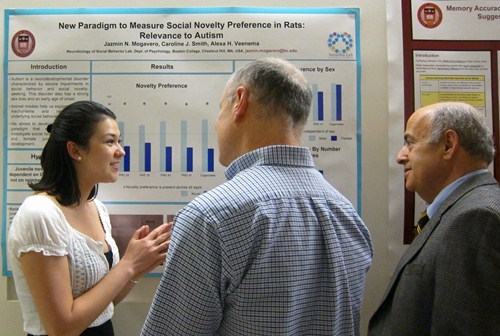 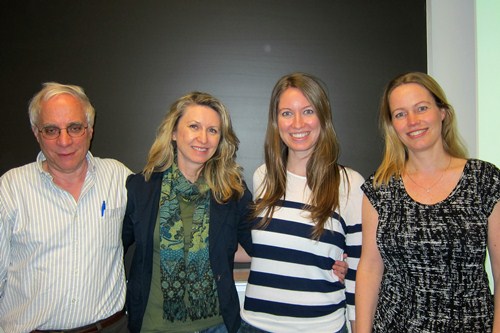 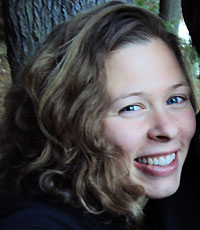