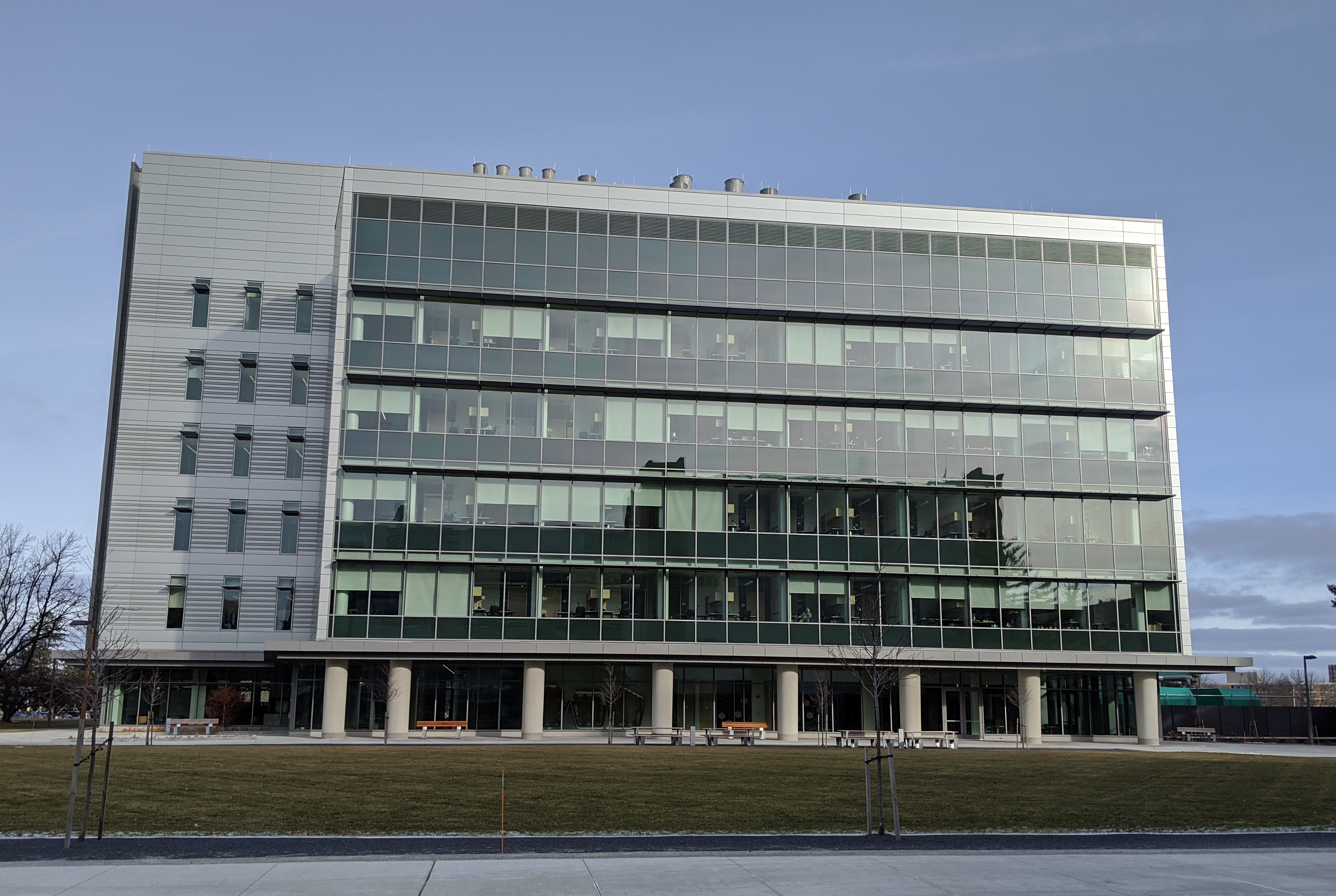 The ISTB, location of the Veenema lab 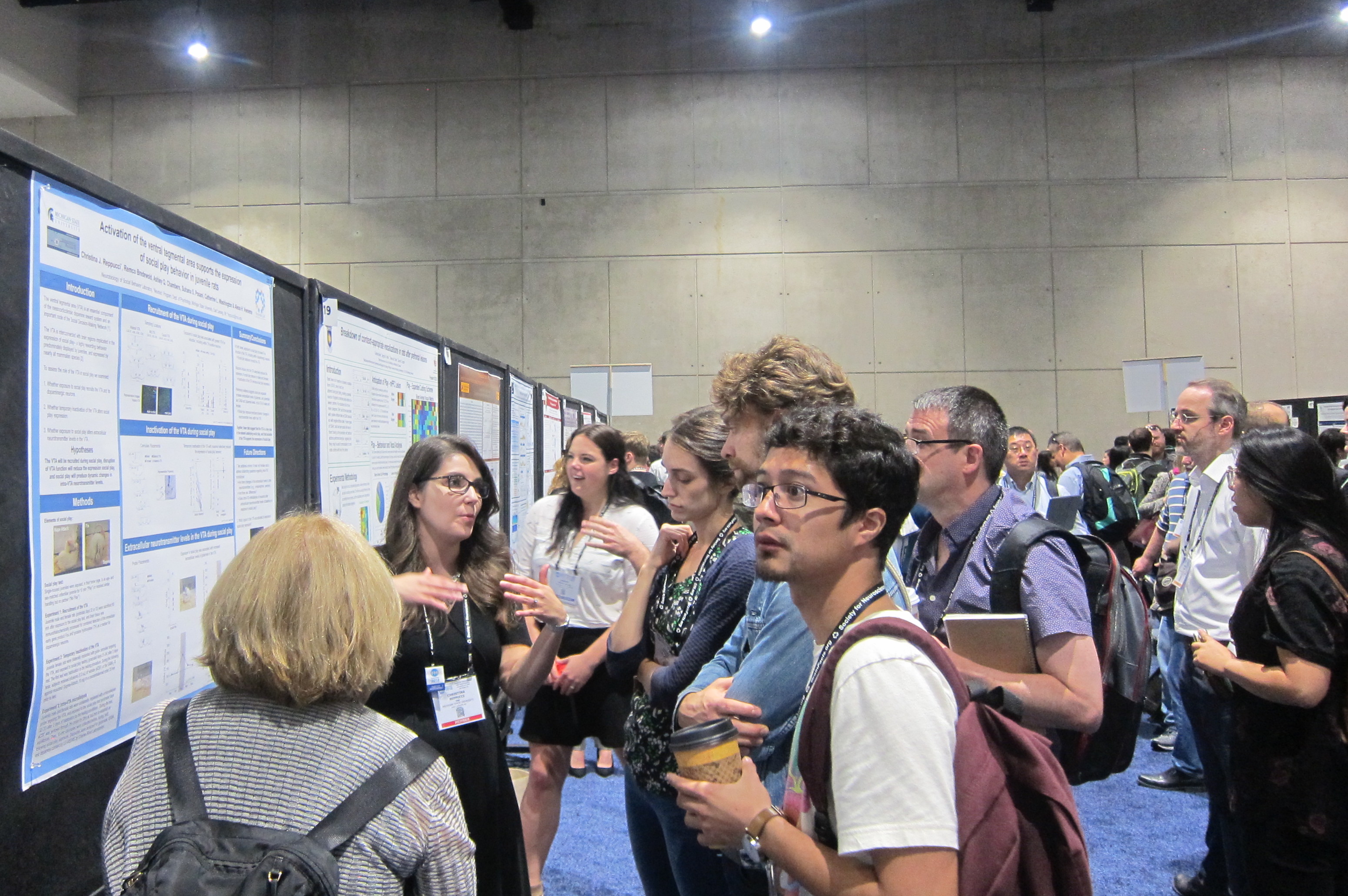 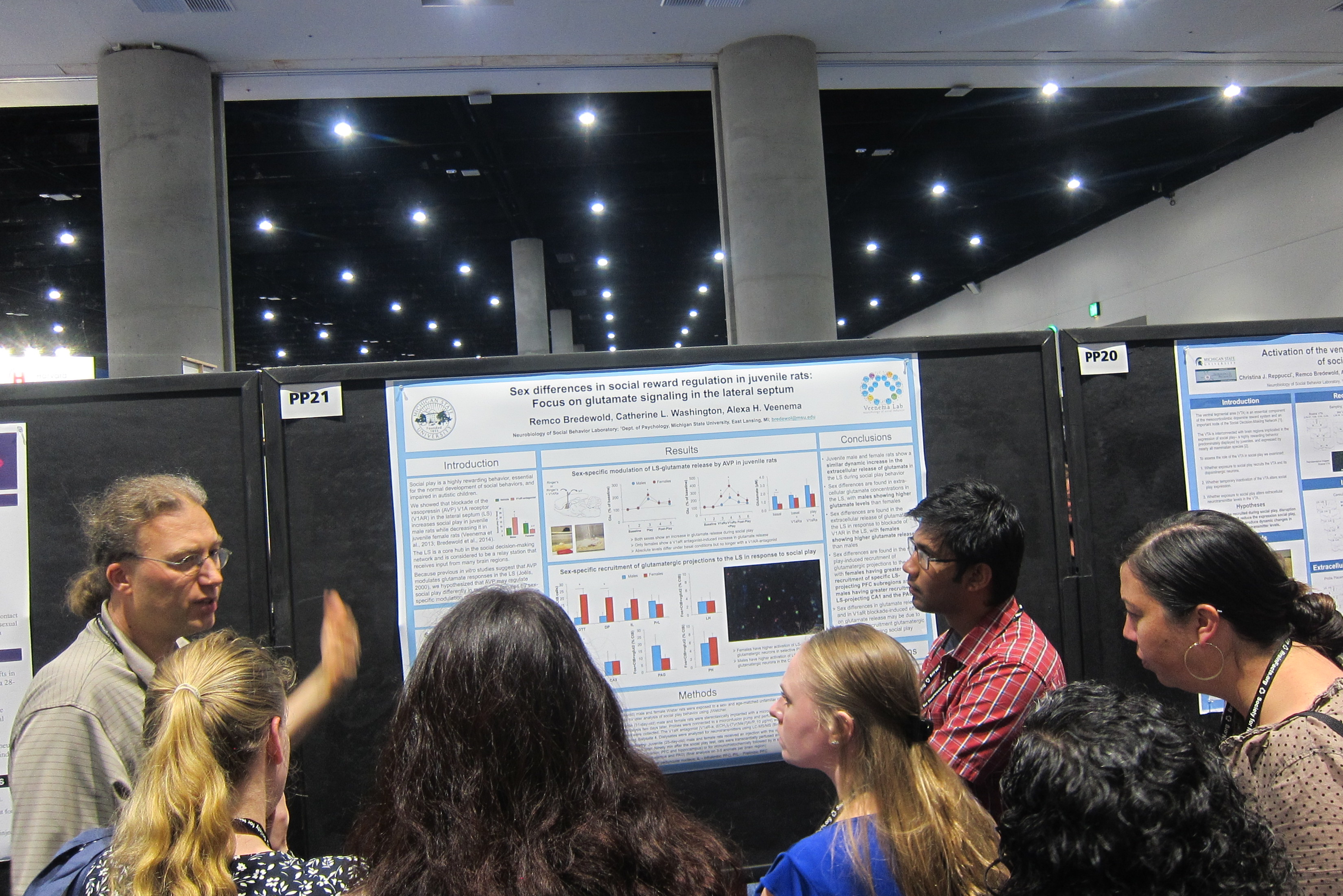 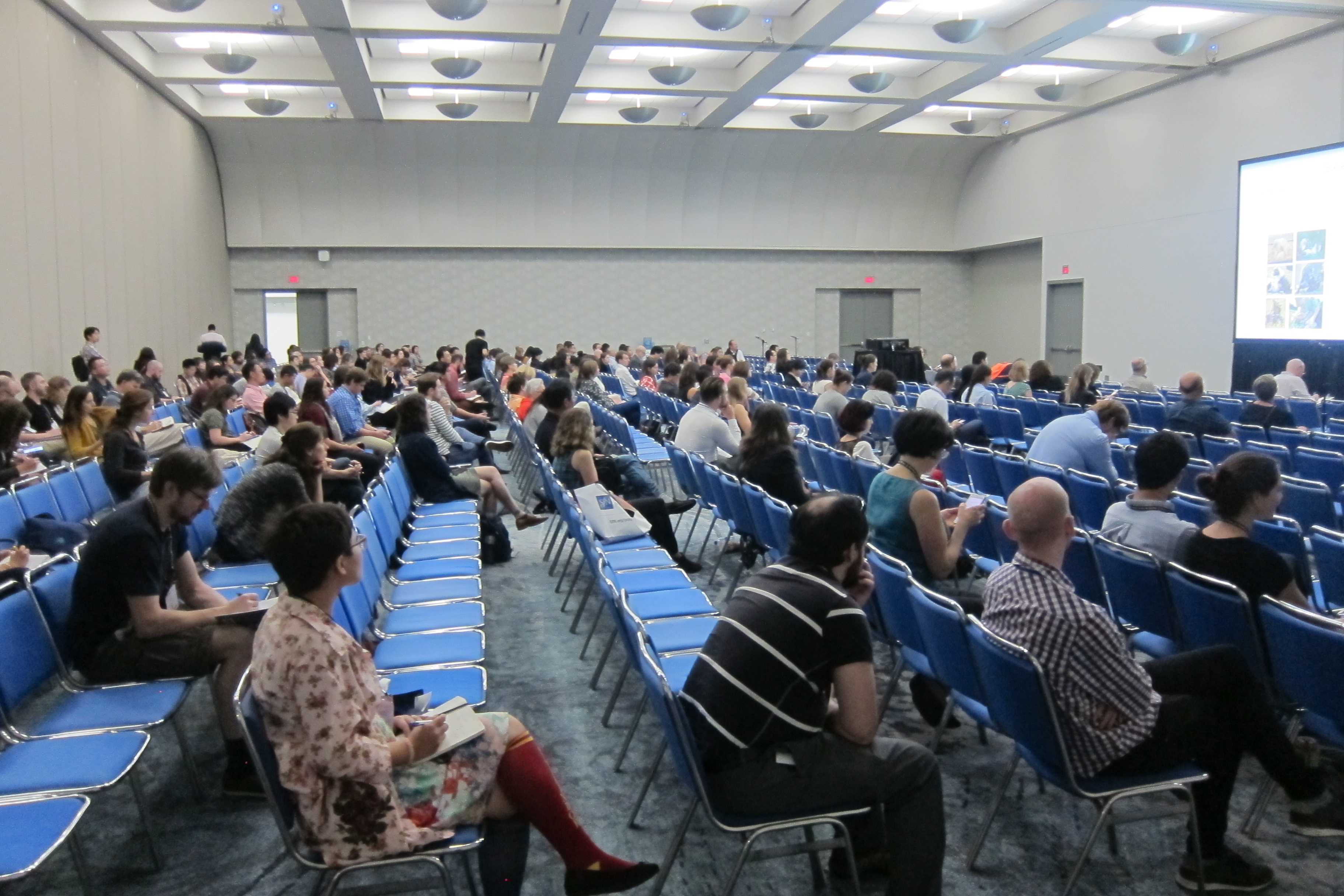 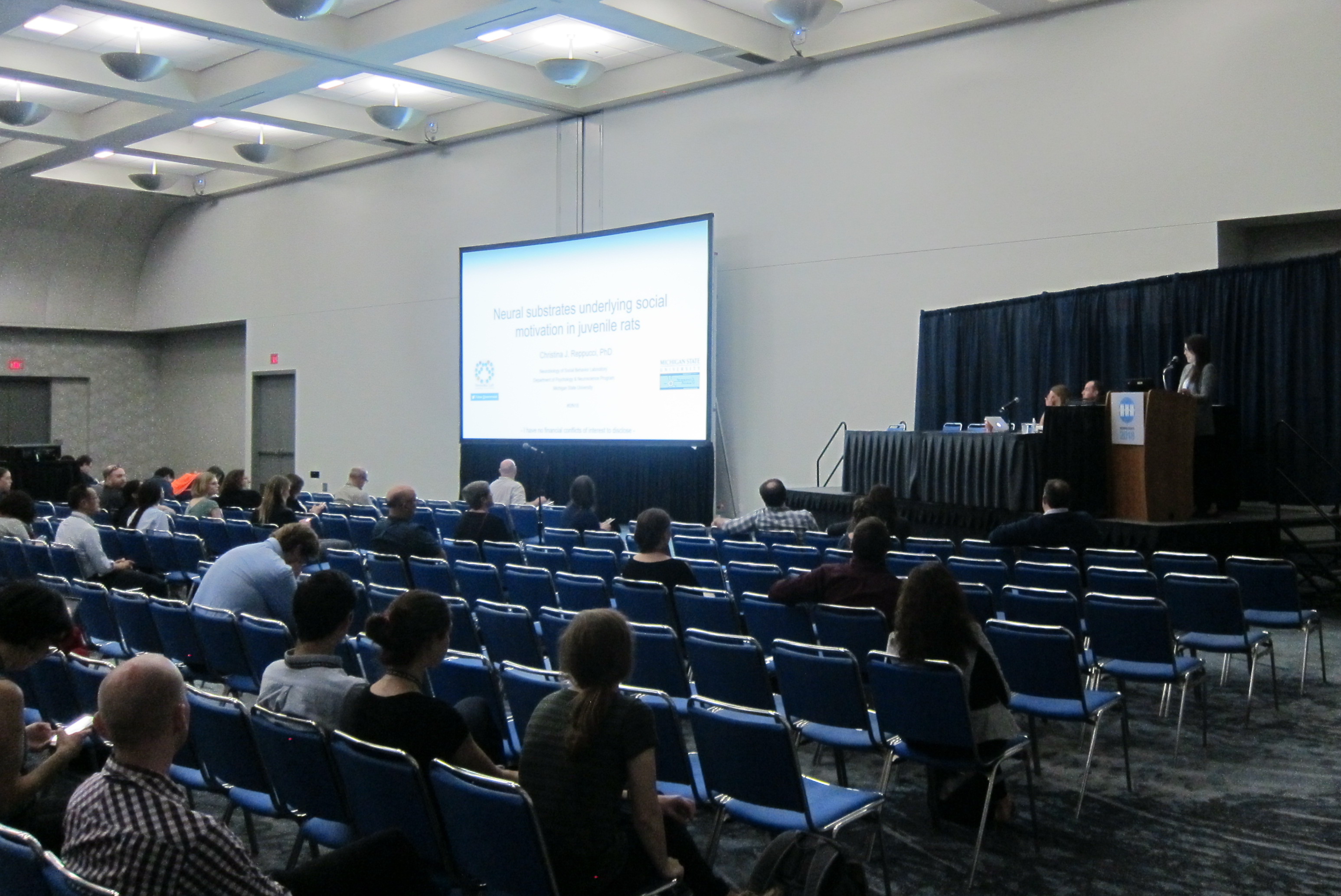 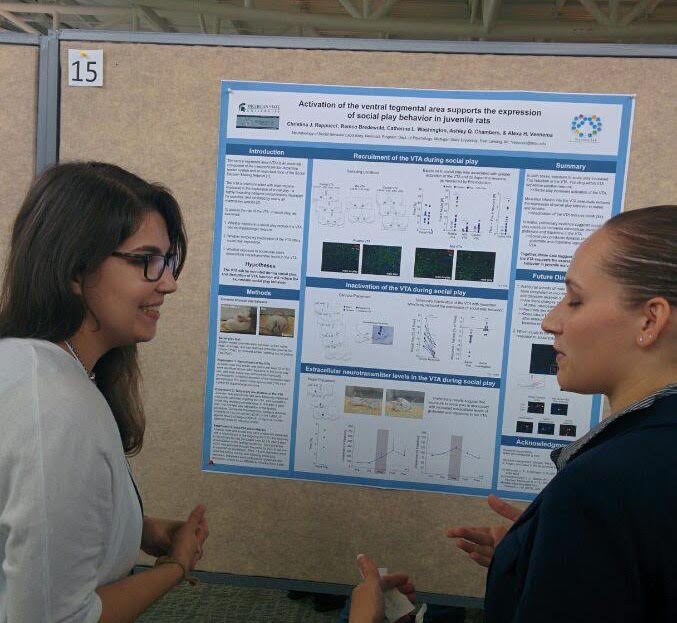 Christina attended the 2018 Southeast Michigan Postdoctoral Symposium at Wayne State University and presented a poster on her research on the role of the ventral tegmental area in juvenile social play behavior.

Alexa gave a talk at the MSU Center for Research on Autism, Intellectual, and other Neurodevelopmental Disabilities (C-RAIND) on the Function of sex differences in the brain for social behavior: Relevance for understanding sex bias in autism

Christina and Remco presented their work at the 22nd annual meeting of the Society for Behavioral Neuroendocrinology and at the 9th International Congress of Neuroendocrinology holding a joint meeting in Toronto, Ontario, Canada. 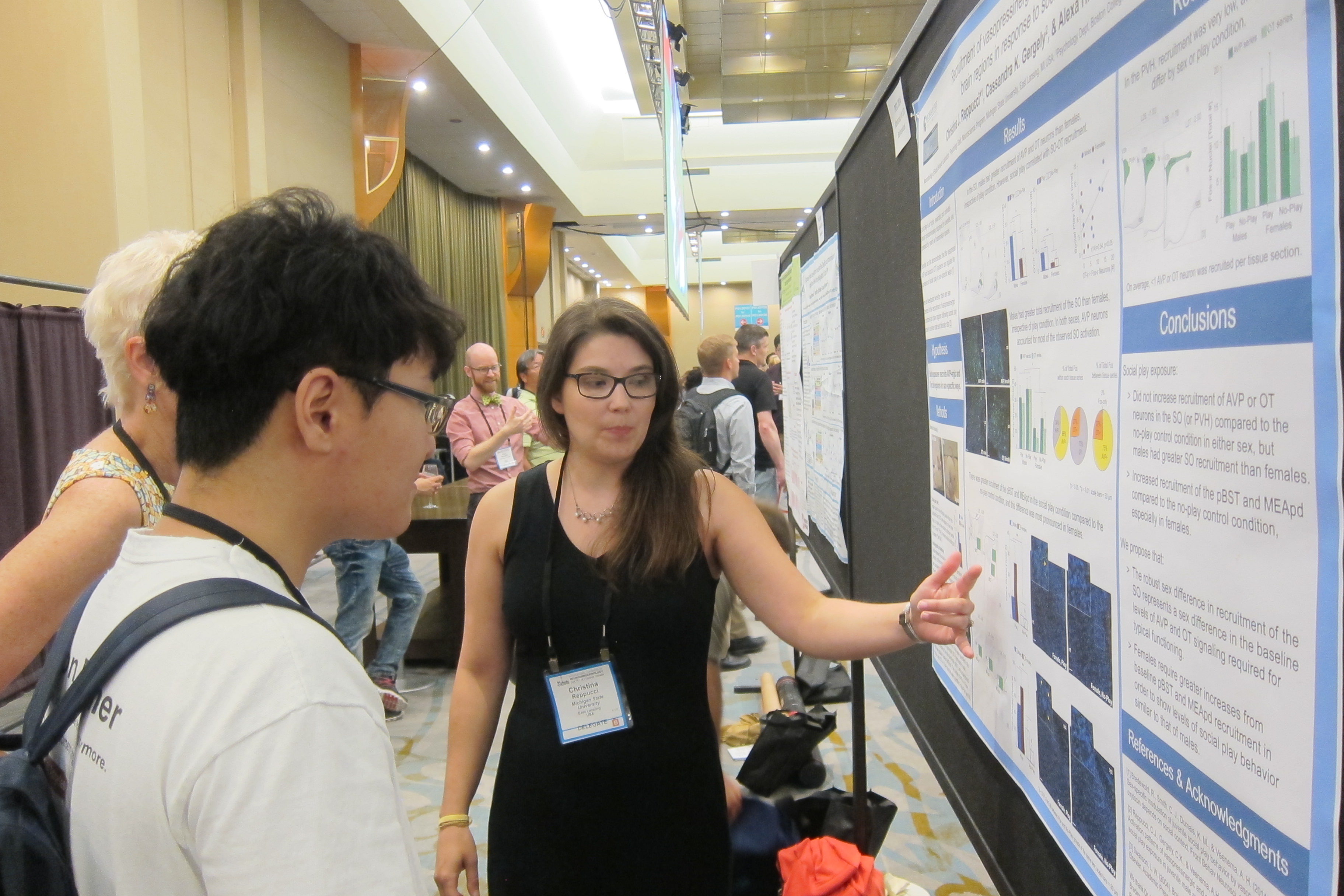 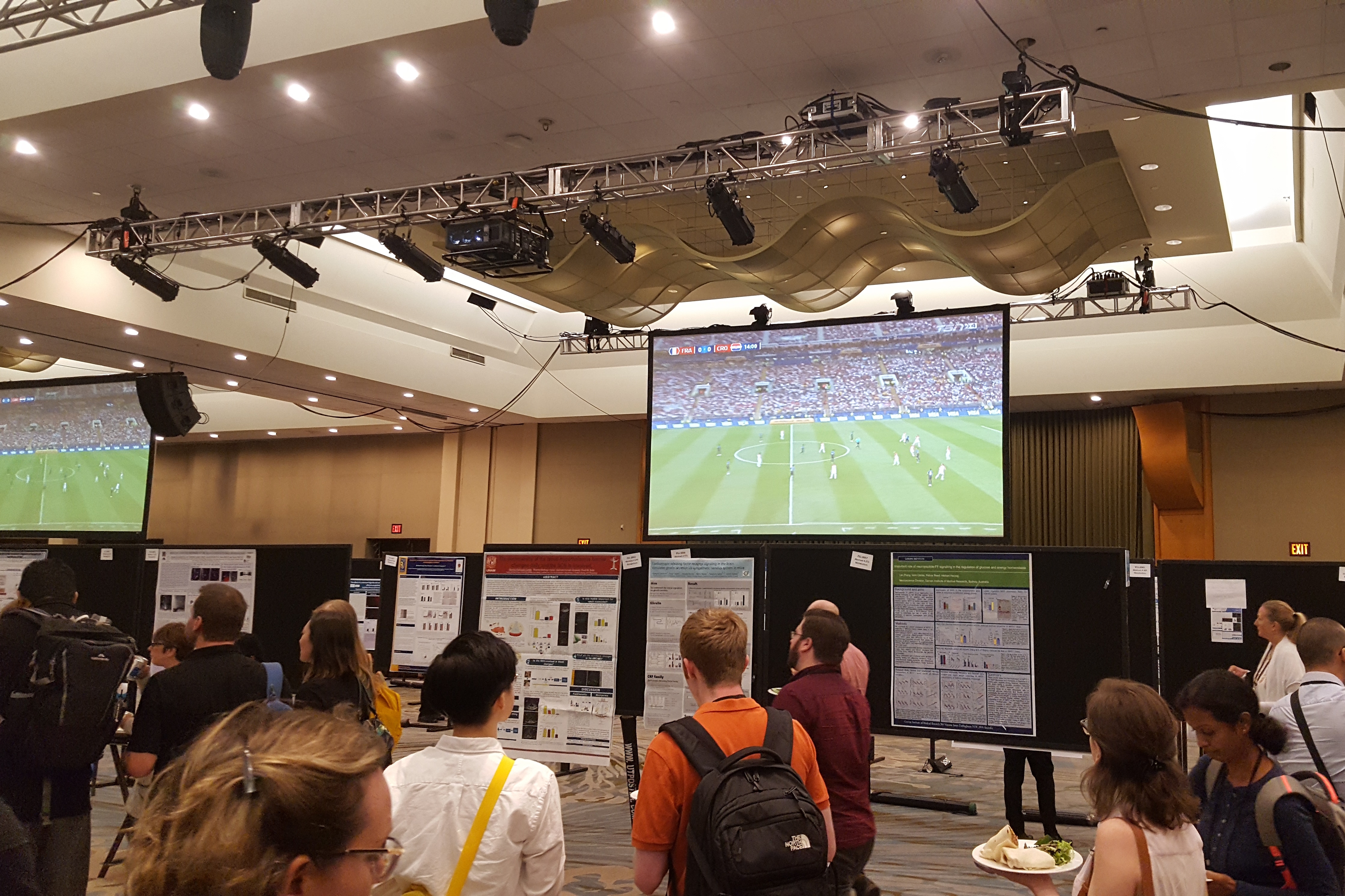 Congrats to Ashley Chambers for receiving the Provost Undergraduate Research Initiative Award, which will allow her to work full-time in the lab over the summer!

Ashley and Suhana presented posters on their research projects in the lab at the annual University Undergraduate Research and Arts Forum, showcasing more than 800 posters and talks by MSU undergrads. 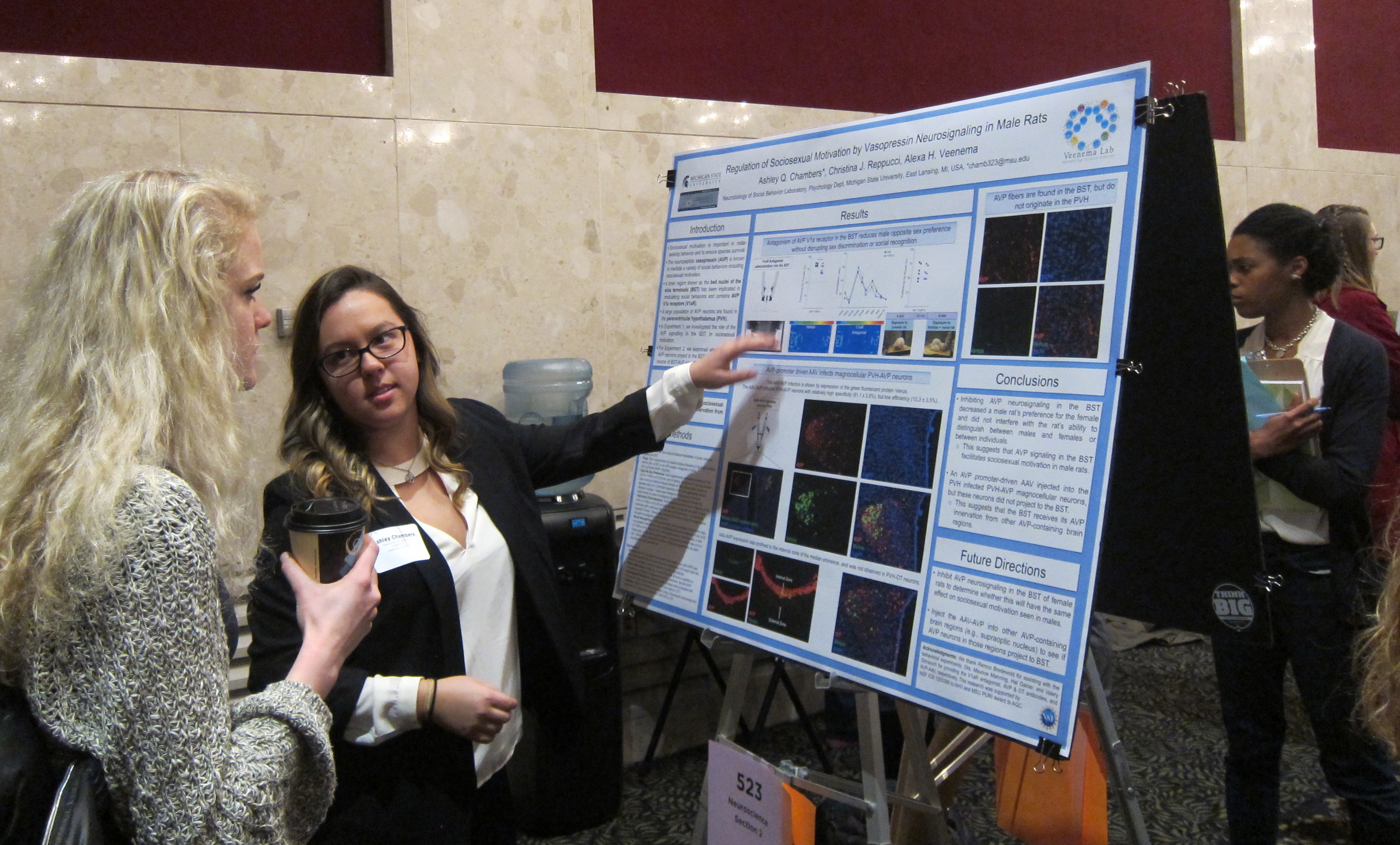 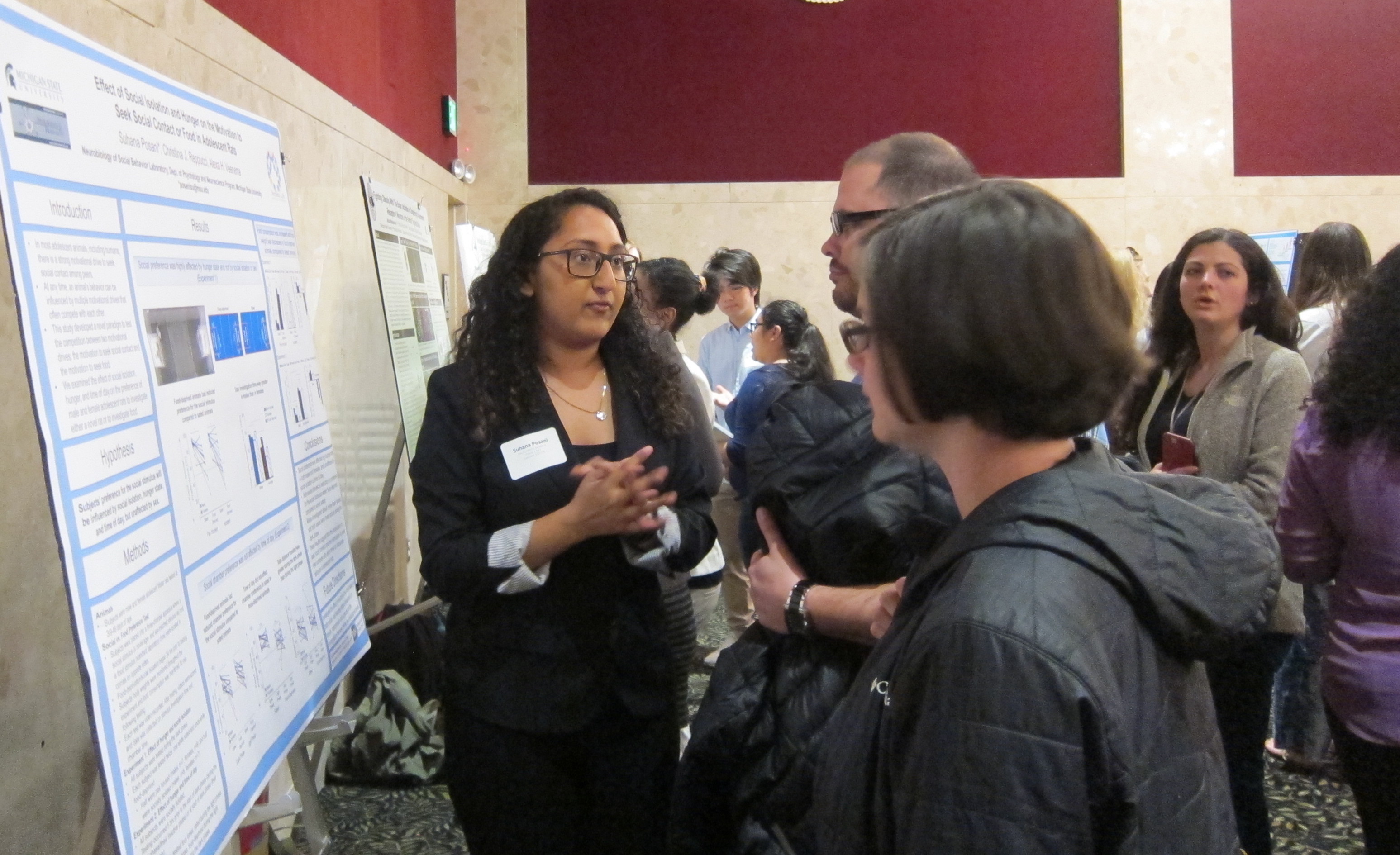 Alexa gave a talk in the Human Development Initiative Speaker series hosted by Clinical Psychology at Michigan State University discussing research from the lab demonstrating that sex differences in the brain can function to induce as well as prevent sex differences in social behavior.

Alexa gave a BioPsychology Colloquium in the Department of Psychology at the University of Michigan discussing the function of sex differences in the brain with a focus on vasopressin and oxytocin systems.

Alexa hosted Dr. Brian Trainor, professor at UC-Davis who gave a MSU Neuroscience seminar discussing his recent work on the effects of social defeat stress on changes in brain and behavior in male and female California mice showing sex differences in the involvement of the oxytocin system in the bed nucleus of the stria terminals.

Alexa’s publications reached 4000 citations on Google Scholar with 551 citations in 2017!